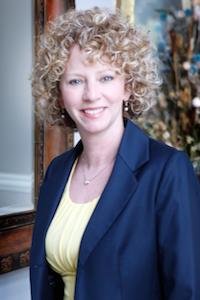 In early 1994, Laura was appointed as an Assistant District Attorney for the Macon Judicial Circuit (encompassing Bibb, Peach, and Crawford counties). She prosecuted major felony offenses, including violent crimes, sex offenses, and crimes against children. Additionally, Laura co-directed the appellate division of the office, handling numerous appeals before the Georgia Court of Appeals and the Georgia Supreme Court.

In September 1997, Laura left the District Attorney’s office to join her husband, Franklin J. Hogue, to form the law firm of Hogue Griffin. The firm handles exclusively criminal defense matters, trying cases in both state and federal courts, and handling appeals and post-conviction matters in the Georgia Court of Appeals, the Georgia Supreme Court, the Eleventh Circuit Court of Appeals, and the United States Supreme Court.

Laura has tried cases throughout the state of Georgia, successfully prevailing in matters as diverse as vehicular homicide, child cruelty, child molestation, aggravated assault on a peace officer, and tax fraud. Laura has successfully argued appeals before the appellate courts that have resulted in victories in cases such as murder, voluntary manslaughter, vehicular homicide, and aggravated child molestation.

Laura is a past President of the Macon Association of Criminal Defense Attorneys, and received their Hugh Q. Wallace award for distinguished service in the field of criminal defense. She has served as a Regional Vice President for the Georgia Association of Criminal Defense Lawyers. For three years, Laura served as chairperson of the Georgia Association of Criminal Defense Lawyers Amicus Committee. Under her direction, the Amicus Committee has prepared and filed briefs to the Georgia Court of Appeals, the Georgia Supreme Court, and the United States Supreme Court, addressing critical issues of concern to the criminal defense community. Through the efforts of this committee, there have been numerous victories on significant issues of constitutional and procedural law benefitting the rights and liberties of all of Georgia’s citizens.

Laura was appointed by the United States District Court Judges to serve as chairperson of the Attorney Grievance Committee for the Middle District of Georgia. Laura is a founding member of the William Augustus Bootle Inn of Court, and served as President of this organization in 2010-2011. Laura was also appointed to serve on the Advisory Committee of the Macon Bar Association, advising the Association on matters that affect the practice of criminal law.

Supreme Court of Georgia
Member Since: 1991